It’s been a while (somewhat of an understatement) since I posted my last article and I’d like to today focus again on Owen Stanley and provide some updates as to other information I have discovered.

Before we begin, I will say that this is more of a “thinking out loud” article, rather than providing any definitive answers, so please bare that in mind and take all the information given here as a continual work in progress, open to being corrected/proven wrong. Also if you haven’t read my previous articles on Owen it would be worth doing so first, and even if you have read them previously, it might be worth doing so again to refresh your memory. They can be found here;

I’ll start by saying that I still believe the baptism I found for Owen Boswell, to parents Benjamin & Joan Boswell, is our Owen Stanley and nothing I have found since has changed my mind in that regard, although one discovery has rather muddied the waters somewhat.

Owen Ayres is the main interest here, the inference being that he may be, or is, Owen Stanley/Boswell. The above Ilchester Gaol record is available to view on Ancestry.com but what is not available are two associated settlement examination records for Robert Lee & Owen Ayres, these are (at the time of writing) only available to view at the Somerset Heritage Centre in person.

Owen Ayres is the main interest here, the inference being that he may be, or is, Owen Stanley/Boswell.

Having seen these records, Owen Ayres states in his settlement examination that he was born in the Parish of Reading, Berkshire (his age & this location fit with the Owen Boswell baptism), that he lived there with his parents for “5 or 6 years”, but ever since has traveled with his Aunt (who ever-so-helpfully isn’t named). He then goes on to state that he believes his father “John Ayres” to belong to the “Parish of Odstock near Salisbury in Wiltshire” …

This is confusing yet interesting at the same time. Is this Owen Stanley/Boswell using Eyres/Ayres as an alias? As we believe Owen Stanleys father was actually Benjamin Stanley and his mother Joan Boswell, is he here giving his step fathers name – John – seeing as John Burton apparently also partnered Joan Boswell, or is this a completely different Owen?
Throwing in Odstock further confuses things, but a Defiance Burton was baptized there in 1794 to Harry & Fanny Burton1, and a Sarah Burton married a Thomas Scamp there (or close by Salisbury) in 1808, so there are Burton links to the location, as well as the obvious Scamp ones (Joshua Scamps famous burial there in 1801 comes to mind2).

When Owen Ayres states he is traveling with his Aunt I’m tempted to think he means either Elizabeth Hearn or Violetta Stanley, but of course it could also be one of the Lee women! At this point it’s uncertain but there is other information to take into consideration which helps build a bigger picture.

In Dorchester, Dorset in 1824, Benjamin and Owen Stanley (aged 50 & 28 respectively) are arrested for vagrancy (alongside Robert & Moses Small) and give “Okeford Fitzpaine” (Dorset) as their home Parish. Going back in time 60 years to 1764, there are two vagrancy passes, one relating to Paul & Mary Stanley and their children Eliphalet, Temperance & Moses and the other relating to Parthenia Stanley (“wife of Edward Stanley”) and her grandson Robert & grandaughter Elizabeth. Both of these records state they were to be returned to their home parish of “Fivepenny Okeford” (SIC), Dorset. “Fivepenny Okeford” (or Fippeny Ockford) & the Okeford Fitzpaine Benjamin & Owen Stanley listed as their home Parish is the exact same small Parish, Okeford Fitzpaine is just the more modern name.

I don’t believe this to be a coincidence and taking this into consideration, it points towards Owens father Benjamin Stanley, being very closely related to one of the families mentioned in the 1764 vagrancy passes, perhaps even a son of Paul & Mary Stanley.

Then we have Violetta Stanley, aged 35, from the 1810 Inchestor Gaol record. I have found very little relating to her, aside from the fact there is a burial for “Violet Stanley, a vagrant commonly called a Gipsy” aged 55, in Farway (Dorset) on 29th March 18273 which I take to be the same individual. Of note at the same place (Farway, Devon) three years later, is the baptism of a Paul Stanley to parents Benjamin & Mary Stanley, “Gipsies”4. Again, I’m sure there will be a connection here but at present I do not know what it is. Violetta/Violet is also a good candidate to be Owen Ayres “Aunt” but it’s unclear as to whether she was born a Stanley or married into the name.

Focusing on the Lees also found in the 1810 Ilchester Gaol record, in the associated settlement examination, Robert Lee states he was born in the Parish of “Easington in the county of Hertford” and that he apparently lived there with his parents until he was 20. He stated he was employed as a tinker/razor grinder, and had seven children, all currently residing with his wife in the said Parish of Easington. I take this to mean neither Charlotte or Ann Lee also found on the 1810 record the same age as Robert can be his wife. Now, I don’t believe there is an Easington in Hertfordshire, or that there ever has been historically with boundary changes and suchlike. There was/is an “Easington Common”, near Deep End in Hertfordshire, so he could have been referring to that .. or .. because it’s similar sounding phonetically, could he have been referring to Essendon, Hertfordshire, where twins Robert & Clavancy Lee were baptized to parents Samuel & Hannah Lee on 22nd July 17925 & 6? I don’t believe that Robert Lee to be him, unless he was baptised aged 20+, but it’s probably a link more than a coincidence. Whether the Clavancy Lee, twin of Robert, baptized in 1792 is the Cleventia Lee aged 16 in the 1810 Ilchesher Gaol record is yet to be determined but she is a good candidate.

So, make of all this as you will. I hope what I have written makes sense because although I have these records and links in my head and they make sense to me, it can be difficult conveying the information and the way in which it ties together easily when writing it down.
As always please do get in contact if you have anything to add or corrections to make .. 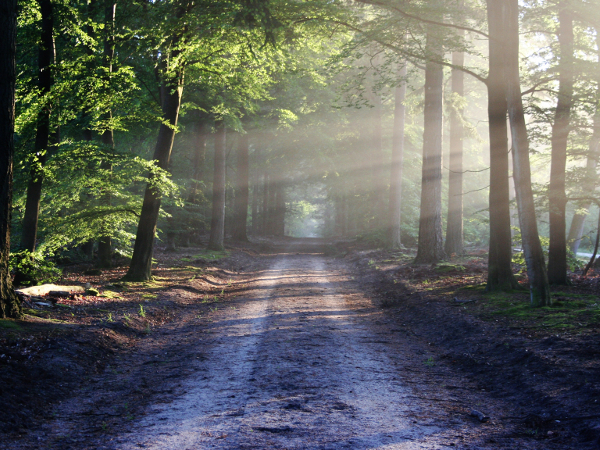