Was Owen Stanley actually a Boswell?

I’ve never been one to accept the research of the old gypsyologists just because they have said something is true, I have always wanted to delve into the records to check for myself to see if something appears correct, or argue if and when I believe something to be wrong. Today I don’t intend to argue anything, but I may be controversial …

A baptism record has long been sought for Owen Stanley Sr. (who married Harriet Wharton/Worden) in attempts to confirm his lineage, yet one has never seemingly been found. Being a Stanley myself, finding Owen’s baptism record has been a Holy Grail of sorts and I know of several people on both sides of the Atlantic who have been looking for years to be able to confirm who exactly his parents were. There are precious few clues to go on, but as most who have done their own Romany research will know, names of children are a good place to start as children tend to be named either after their parents, their grandparents or brothers & sisters of parents; it seems to have been extremely common practice.

Being a Stanley myself, finding Owen’s baptism record has been a Holy Grail of sorts and I know of several people on both sides of the Atlantic who have been looking for years …

Specifically regarding Owen’s age and possible family relationships, we have a few documented clues to work with; Owen Stanley, aged 28 (so born approx 1796), a “Brazier/Cutler/Tinker/Grinder”, can be found with a Benjamin Stanley, aged 50 (b. 1774 and assumed by many to be Owens father), a Tinker Grinder and a Robert & Moses Small (Tinker/Grinders), in prison in Dorset, on the 14th of December 1824 for vagrancy. Benjamin Stanley states his Parish to be Okeford Fitzpaine, Dorset and Owen’s is “as above”. While Dorset is one “hunting ground” regarding finding a baptism for Owen, in various other records during his life both in the UK and USA, he also says he was born in Wiltshire or Berkshire.

Owen Stanley & his wife Harriet Wharton left the UK for the USA in 1856 aboard the SS Osprey and their lives, and the lives of their children in the USA due to them becoming somewhat famous Gypsy “Kings & Queens” of America, having eventually settled or at least purchased land in Dayton, Ohio have been written about by many and that does not need covering again here. At least not today.

But enough of the background, this is what you came here for; Is the baptism record below for an “Owen Boswell”, actually that of Owen Stanley Sr?

In this time period, if the Church did not recognise the parents as officially married, more often than not, the maiden name of the mother was written on official Church records, so the reading of this record has to be approached carefully. Benjamin could well have been a Stanley and it’s quite possible that his surname was just not recorded. In modern times it’s taken for granted and reads that “Benjamin & Joan Boswell” means they would both have the same surname (being married), but if you were to read it as “Benjamin … and … Joan Boswell”, the emphasis is on the mother’s name and the father is an aside. Of course it could be that neither was a Stanley or it may not even be Owen’s baptism at all, but again, there are several interesting points to at least consider it for further research.

The actual original paper record gives no indication that they were gypsies/travellers/itinerants/strangers/vagrants, but this is not uncommon in a UK baptism record from the 1700’s. Common practice was just to write “Owen, son of Benjamin & Joan Boswell”, so we can’t rule out they weren’t gypsies. Boswell is also a well known gipsy surname and the location – Berkshire – is also of interest as it’s one of the counties Owen Stanley stated during his life where he was born.

The year – 1794 – is also only 2 years out from the year Owen gives when in prison in Dorset in 1824, as aforementioned and the Benjamin who he was in prison with and who many assume to be his father, would indeed tie-in with this baptism record in all but surname.

Two other “pointers” to this perhaps being one and the same man is the fact Owen & Harriet Stanley baptised (among other children) a son, Benjamin in Chard, Somerset on the 31st October 18261 and a daughter Joan in Winterborne St Martin, Dorset on the 27th October 18222. Benjamin & Joan (Boswell) of course, being listed as this Owen Boswell’s parents.

Coincidence? Perhaps, but we are here attempting to break down walls in Romany research, not to rehash the same theories that have been put forward many times before. The hope is that in publishing this, it may spark some interest and one of you out there may be able to connect the dots that perhaps we cannot yet see … 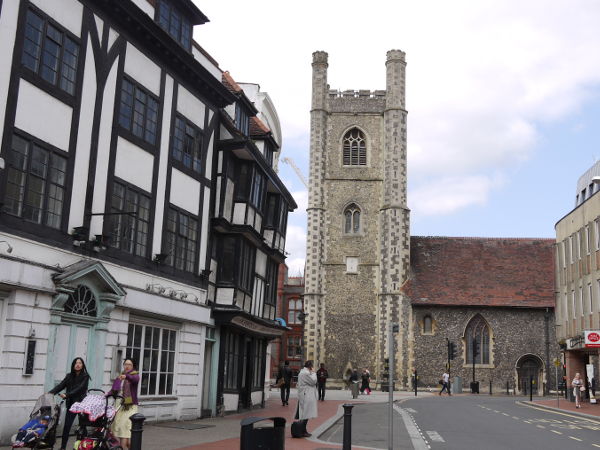